“The future German man will not be a man of books, but a man of character.” – Goebbels

A package for Jalil Muntaqim (Anthony Bottom) was ordered to be “Sent from the Facility or Destroyed” by an un-named corrections officer at Attica on October 7 of this year.

The package contained 4 books, including two on rising inequality. Is this now a forbidden subject?

In his new book, Darrell M. West analyzes the growing political activism of billionaires and how they have created more activist forms of politics and philanthropy based on their net worth. With this “wealthification” of politics and society, it is important to understand how this concentration of wealth affects system performance as well as social and economic opportunity. (Pub note)

Plutocrats: The Rise of the New Global Super Rich and the Fall of Everyone Else, by Chrystie Freeland (Penguin, 2013)

Propelled by fascinating original interviews with the plutocrats themselves, Plutocrats is a tour de force of social and economic history, the definitive examination of inequality in our time. (Pub note)

Here’s Freeland on the TED stage.

Escaping the Prism—Fade to Black, by Jalil Muntaqim (Kersplebedeb Press, 2015)

Escaping the Prism … Fade to Black is a collection of Jalil’s poetry and essays, written from behind the bars of Attica prison. Combining the personal and the political, these texts afford readers with a rare opportunity to get to know a man who has spent most of his life—over forty years—behind bars for his involvement in the Black Liberation Movement of the 1960s and early 1970s.

Jalil’s poetry deals with a range of themes—spirituality, history, and the struggle for justice; depression, humor, sexual desire; the ongoing racist oppression of New Afrikan people in the United States, and the need to find meaning in one’s life. At the same time, his political essays show him to be as eager as ever to intervene in and grapple with the events of today, always with an eye to concretely improving the lives of the oppressed. (Pub note)

Read Jalil’s letter’s to the Superintendent of Attica and Commissioner of DOCCS  here.

Write to the DOCCS Commissioner: 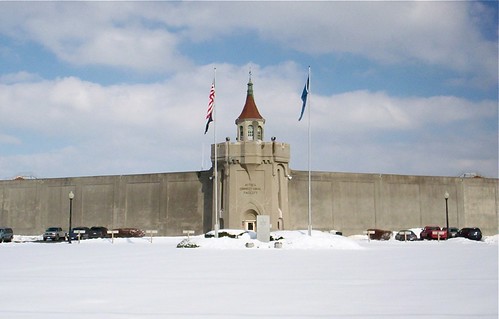 Photo of Attica CF in the snow by flickr user “devoutly_evasive”